We stayed in Tremezzo (tree-metzo) because it’s the location of the Villa Carlotta, an open-to-the-public villa with extensive gardens that Albert and Mileva visited on their ferry trip from Como to Colico.  It’s likely they stopped in other villages as well–so we visited Bellagio and Varenna, both charming and different–but the Villa Carlotta is the stop that Mileva mentioned in her glowing letter to her friend Helene Savic, then married and living in Belgrade. 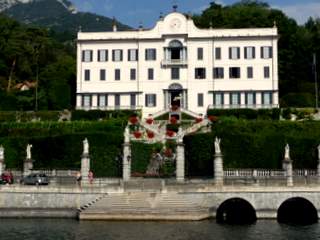 Built in the 1600’s for a powerful Milanese family, the Villa was bought in 1801 by an art collector responsible for its extant collection of Canova, Thorvaldsen, and Heyez.

In 1843, it was bought for the Princess Carlotta by her mother, the Prussian Princess Marianna of Nassau on the occasion of Carlotta’s marriage to Georg II of Sax-Meiningen, (note names for the villa’s ultimate fate) who was a passionate botanist and responsible for the 70,000 square meters of gardens, including rhododendron and azaleas that must have been astonishing when Albert and Mileva visited in May, as well as a cactus garden and a rain forest. 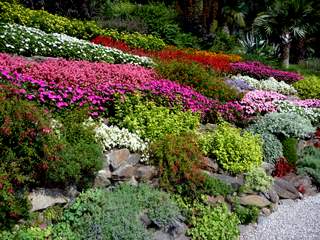 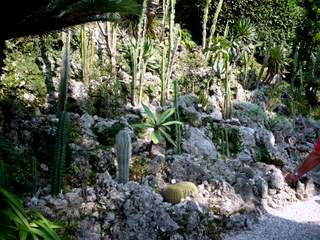 In the center rotunda of the villa stands a large-as-life sculpture of Mars and Venus in polished white marble, the figure of Mars standing stalwart, nude except for his helmet, sandals and a strap holding the cape that has fallen from his muscled body.  He holds a drawn sword, notable for its being the only metal part of the piece.  Venus, also nude, but round and supple, is the supplicant in the piece, as if begging Mars to reconsider. 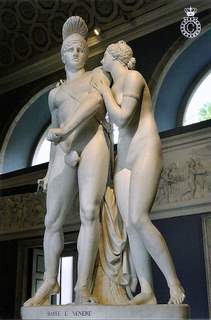 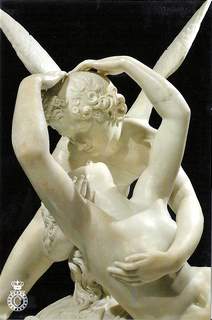 In the next room, Eros and Psyche are caught mid-embrace, two beautiful, polished marble faces about to kiss in the lee of Eros’ spread wings.

It would be hard to imagine a more perfect set-up for the night Mileva got pregnant.  Unless it was the next night, after their drive in a horse-drawn sledge over the snow-covered Splugen Pass.  (When we crossed the Alps into Switzerland, there was no snow on the alps, though it was much colder than in Lake Como.)

I wonder if Mileva would have been so entranced had she known that after the birth of many children, the Princess Carlotta died at age 23, and that fewer than twenty years later the villa itself, on the defeat of Germany in WWI, would be confiscated by the Italian government.  Sad fate.

Beware of your affections, Mileva! 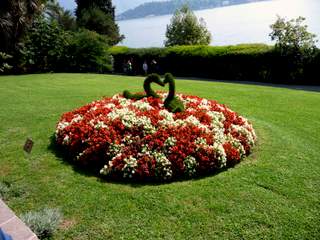 Professionally-speaking, Nancy Pinard is an author-educator who spends her days writing, teaching, reading, and researching for her writing and teaching. She is the author of two published novels, Shadow Dancing and Butterfly Soup, and numerous short stories. She has taught the craft of fiction writing in many venues including Sinclair Community College, University of Dayton Life-Long Learning Institute, Antioch Writers' Workshop, Mad Anthony Writers' Workshop, and Molasses Pond Writers' Workshop. Personally, her faith is what sustains, inspires, and motivates her to continue to explore meaning through literature. "You are right in demanding that an artist approach his work consciously, but you are confusing two concepts: the solution of a problem and the correct formulation of a problem. Only the second is required of the artist."  Anton Chekov to Alexei Suvorin, October 27, 1888
View all posts by Nancy Pinard →
This entry was posted in Bellagio, Einstein, Lake Como, Mileva Maric, reading, Tremezzo, Varenna, Villa Carlotta. Bookmark the permalink.