How Does One Begin Again?

The Einstein material is on hold while I return to the novel I wrote about Darwin’s family, set in the year prior to the publication of On the Origin of the Species.   That novel was submitted to sixty agents in a year’s time and was read by seven.  Rejection followed, one that was very useful.  I’m grateful to that agent, Kathleen Anderson, who sent a two-page, single-spaced letter describing what exactly was wrong.  In essence she said, This “falls between two stools,” not having the authority of biography or the imaginative content of fiction.

Of course, no writer of a 400 page manuscript wants to start again. But what about The Paris Wife (Paula McLain)? this writer asked. And more recently, the accurate tracking of biographical material in novels like Z (Theresa Anne Fowler) and Beautiful Fools (R. Clifton Spargo)?  Didn’t those authors do what I had done?

No one said these decisions would be easy.   And I had to admit, that within the pertinent love stories, Hadley and Ernest Hemingway, and Scott and Zelda Fitzgerald, there is a natural plot arch, the blossoming love gathering momentum until a specific event disrupts that relationship, followed by a burgeoning dissolution of one kind or the other.

Could I find that in my work?  There was drama in the Darwin story–the deaths of children, the upending of Charles’ work by Alfred Russell Wallace–but, hmmm.  Not the same.

It’s hard to start again, to reconceptualize the story.  What it came down to was this:  I would be writing something.  Did it matter what? And if I was to pursue the path I was on, writing fictional biographies of well-known figures, would I repeat my mistakes or learn what that first manuscript had to teach?

I now have a single, first-person narrator and have added a fictional character and a significant plot arch.

How did I get there?  With help from others.  My writing group, a well-published mentor, my loving husband and sons, and good friends.

At the Sorbonne in 1910, Teddy Roosevelt delivered a speech some called “The Man in the Arena” that spurs me on my course:

It is not the critic who counts; not the man who points out how the strong man stumbles, or where the doer of deeds could have done them better.

The credit belongs to the man who is actually in the arena, whose face is marred by dust and sweat and blood; who strives valiantly; who errs, who comes short again and again,

because there is no effort without error and shortcoming; but who does actually strive to do the deeds; who knows great enthusiasms, the great devotions; who spends himself in a worthy cause;

who at the best knows in the end the triumph of high achievement, and who at the worst, if he fails, at least fails while daring greatly . . . .”   (as quoted in Brene Brown, DARING GREATLY, 1)

Can you stand to begin again? 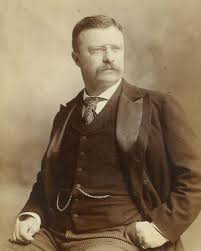 Professionally-speaking, Nancy Pinard is an author-educator who spends her days writing, teaching, reading, and researching for her writing and teaching. She is the author of two published novels, Shadow Dancing and Butterfly Soup, and numerous short stories. She has taught the craft of fiction writing in many venues including Sinclair Community College, University of Dayton Life-Long Learning Institute, Antioch Writers' Workshop, Mad Anthony Writers' Workshop, and Molasses Pond Writers' Workshop. Personally, her faith is what sustains, inspires, and motivates her to continue to explore meaning through literature. "You are right in demanding that an artist approach his work consciously, but you are confusing two concepts: the solution of a problem and the correct formulation of a problem. Only the second is required of the artist."  Anton Chekov to Alexei Suvorin, October 27, 1888
View all posts by Nancy Pinard →
This entry was posted in reading. Bookmark the permalink.