Nothing new comes of thinking about a problem the same way we created it, Einstein said.  It was a good rationale for his reluctance to repeat experiments and collect data that had already been collected by someone else or to follow the directions for an experimental protocol.  If he was going to repeat an experiment for which results were already on record, he’d invent his own method.   For insisting on doing the experiments his own way, Herr Professor Pernet flunked him in introductory physics lab.  Out of a possible 6, Einstein scored 1.  And given his upstart attitude, it is not surprising, then, that when he graduated, none of his professors would hire him on as an assistant–the usual career trajectory for a graduate of Zurich’s Polytech (the ETH).

But wasn’t this ability, his inclination to reject existing methods and accepted modes of thought, what enabled him to re-envision various problems in physics, to question the constants that physicists had built upon?  And how difficult this is, accepted thought being so foundational that most of us don’t realize we’ve confused it with truth.

Time, for instance.  It took Einstein to suggest it’s not the universal constant.  (And in the past year, some physicists are theorizing that the speed of light is also not constant, a discovery which, if proven, might lead to the unified field theory Einstein sought.) 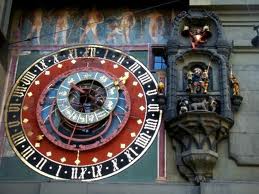 Professionally-speaking, Nancy Pinard is an author-educator who spends her days writing, teaching, reading, and researching for her writing and teaching. She is the author of two published novels, Shadow Dancing and Butterfly Soup, and numerous short stories. She has taught the craft of fiction writing in many venues including Sinclair Community College, University of Dayton Life-Long Learning Institute, Antioch Writers' Workshop, Mad Anthony Writers' Workshop, and Molasses Pond Writers' Workshop. Personally, her faith is what sustains, inspires, and motivates her to continue to explore meaning through literature. "You are right in demanding that an artist approach his work consciously, but you are confusing two concepts: the solution of a problem and the correct formulation of a problem. Only the second is required of the artist."  Anton Chekov to Alexei Suvorin, October 27, 1888
View all posts by Nancy Pinard →
This entry was posted in Einstein, genius. Bookmark the permalink.